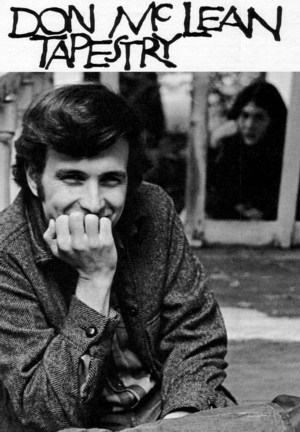 Don McLean’s debut album Tapestry was issued by Mediarts in 1969. Following the takeover of Mediarts by United Artists and the success of American Pie, United Artists relaunched the album in 1971.

The title track “Tapestry” was an inspiration for the formation of the Greenpeace environmental movement.

“And I Love You So” is one of the most recorded songs, with versions by artists ranging from Elvis Presley in the 1970s and to Glen Campbell nearly 30 years later. Perry Como had a huge international hit with the song in 1973.

“Castles in the Air”, which was remixed for the United Artists release, was the b-side to the UK number 1, “Vincent”, and later became a chart hit in its own right in 1981 after the track had been re-recorded for Don’s “Believers” album.

Songs such as “Three Flights Up”, “Respectable” and “Magdalene Lane” feature high on most fans “best of” list.