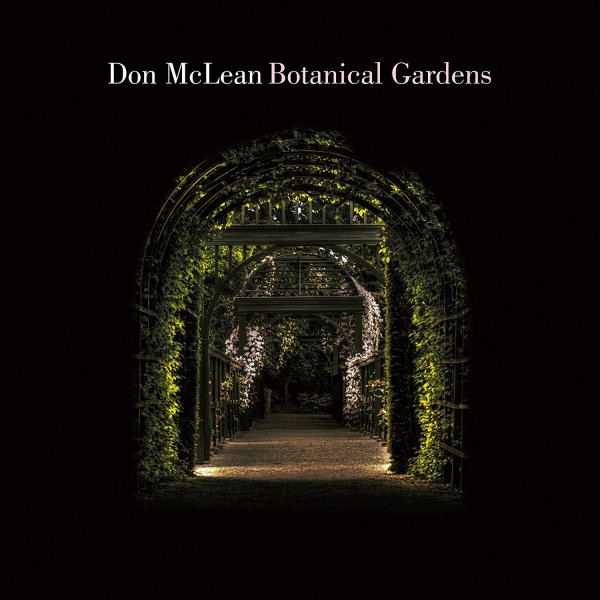 McLean is profiled in a new episode of Heartland TV’sMore Than The Musicwhich originally aired on Tuesday, March 20 and on Heartland’s Roku channel, and online at watchheartlandtv.com. An encore viewing is set for Sunday, March 25 at 8:00pm ET/PT.

He also recorded a short EPK with commentary on the inspiration behind Botanical Gardens. You can watch highlights from the interview by clicking here, or watch the full interview, by clicking here.

Botanical Gardens is McLean’s 19th studio album, and first in 8 years, is arguably one of Don’s most reflective to date. As he characterizes it, “The inspiration for the project started years ago when I would walk in the beautiful gardens in Sydney, Australia near the Opera House. I would dream young dreams and it was a comfort and an inspiration. I was always young inside, like we all are, and I felt it again there.” Further reflecting on the record, Don says, “the whole album really revolves around the title song. Later on I realized that the gardens are really a metaphorical heaven, and there’s a kind of death and rebirth.”

Intimacy can be found at the heart of this record, with Don penning personal numbers looking back on a life well-lived, as well as his observations on youth and love. Recording at Watershed Studios in Nashville also allowed a different kind of intimacy for Don and his band, as they were made to “play close and feel the music”, resulting in a raw, yet tight sound throughout. In nearly 50 years, Don’s songs have become an iconic staple of American music. His music has been performed by artists as diverse as Elvis Presley, Madonna, Fred Astaire, Drake, James Blake, Chet Atkins, Garth Brooks, Weird Al Yankovic, George Michael, Josh Groban, Ellie Goulding, Coolio and Ed Sheeran.His biggest hit, “American Pie,” was recently recognized with high honors by BMI for achieving five (5) Million-Air certified airplay awards, along with “Vincent (Starry, Starry Night)” achieving three (3) Million-Air certified airplay awards. “American Pie” also has been inducted into the Grammy Hall of Fame, and is also included in the archive at the Library of Congress. Don McLean was inducted in the Songwriters Hall of Fame in 2004.

Official Botanical Gardens track listing:1. Botanical Gardens
2. The Lucky Guy
3. A Total Eclipse Of The Sun
4. The Waving Man
5. When July Comes
6. You’re All I Ever Had
7. Rock and Roll Your Baby
8. I’ve Cried All The Tears That I Have
9. Ain’t She A Honey
10. The King of Fools
11. Grief And Hope
12. You’ve Got Such Beautiful Eyes
13. Last Night When We Were Young

“Indisputably one of THE tours of the year.” — HotPress.com

About Don McLean:
A New York native, Don McLean is one of the most revered and respected songwriters in American history. After paying his dues in the New York club scene in the late ‘60s, he went on to score mega-hits like “American Pie,” “Vincent (Starry, Starry Night),” “Castles in the Air” and many more. In 2004, McLean was inducted into the Songwriters Hall of Fame by country superstar Garth Brooks. “American Pie” has brought great happiness and hope to millions of people through the years and continues to be honored for its success. In 2000, the song was named one of the Top 5 Songs of the 20th Century by the RIAA and in 2002 was inducted into the Grammy Hall of Fame. 2017 brought a huge honor when the iconic song was inducted into the Library of Congress’ National Recording Registry, joining less than 500 works including “Somewhere Over the Rainbow,” classical music compositions, infamous live broadcasts and similar recordings. McLean continues to tour both North America and abroad bringing a mix of his classic hits with an array of new works.