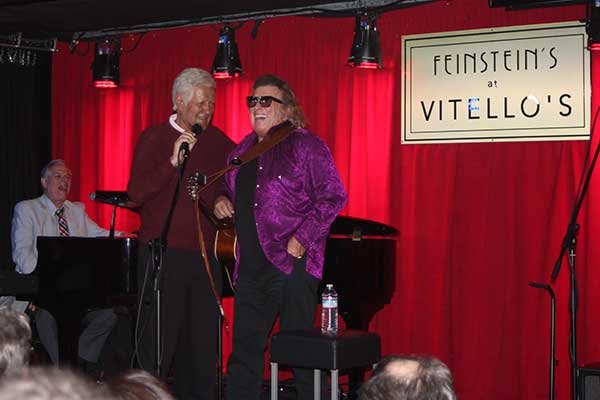 “Alex asked if I would come and sing for him and his Jeopardy family at his annual Christmas party last year. I was on his “bucket” list he told me. It was at a lovely Italian restaurant near his home. We planned a show and he apologized for his red complexion which he said the medication gave him. “I look like an Indian in a John Wayne movie,” Alex told me. It was a joyous and sad occasion and I was very touched that my music was that important to him. There was not the slightest hint of self-pity or weakness in this man. He was elegant and dignified as you saw him on television. Old school for sure and someone who we all can learn from. I thought of him often afterward and I’ll think of him in the future and maybe try to be a little more like him.” — Don McLean, Songwriter Hall of Fame member and Grammy honoree.

This is the original email that Alex, himself, sent my office to see if I would be willing or interested in performing at his Christmas party.

I am thinking of having a xmas party for the staff of Jeopardy on dec 18 and was wondering if don would be interested in performing at Vitellos restaurant in studio city ca. there would be about 150 people in attendance. is this even remotely possible. its been a longtime dream of mine. not sure i even have the budget but didn’t want to not give it a try. Please give me a call. thanks Alex Trebek, 818-505-XXXX

“Anyone who knew Alex would know what a stickler he was about timing. When I arrived at the restaurant, I told Alex what I was planning on performing and without hesitation, Alex pulled out a sheet of paper that he hand wrote my songs on with their lengths, in which, he wanted me to stick to. I, of course, obliged and told him it was his show and I would do whatever he wanted me to. I kept that setlist and here it is today!” — Don McLean