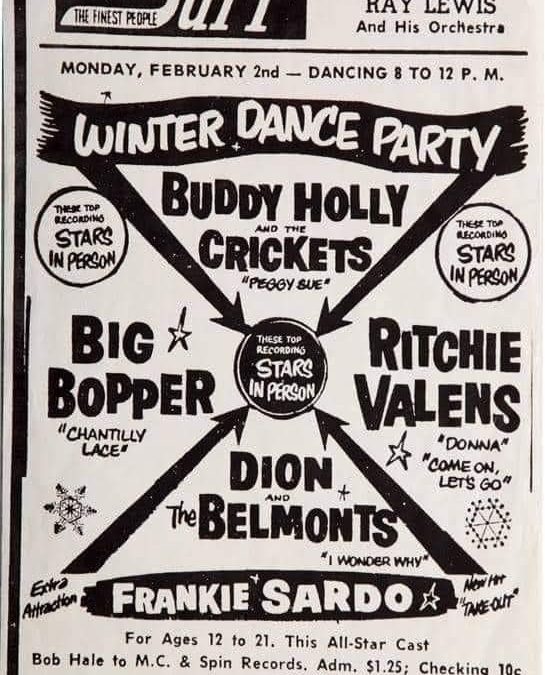 February 3, 1959, known as ‘The Day The Music Died’ monumentalized with sold-out concert in Clear Lake, Iowa

The fateful day was coined “The Day The Music Died” by Don McLean in his hit “American Pie.” The song was released in 1971 and spent four weeks at No. 1 in 1972. In 2001, thirty years later, the Recording Industry of America named it the fifth greatest song of the 20th century.

“Buddy Holly was only 22 years old when he died on February 3, 1959. By that time he had recorded something like 60 sides and every one of them was a hit song and most were hit records. Even the Beatles can not compare to the magnitude of this contribution. The music he made, he invented himself with very little help from others,” said Don McLean.

Tonight, the Grammy-winning, Songwriters Hall of Fame Member McLean honors their memory with a sold-out concert at the Surf Ballroom in Clear Lake, Iowa.

His international 50th Anniversary “American Pie” World Tour which will visit multiple destinations in N. America, UK/Europe, and Australia, kicked off in Hawaii on January 28th and another six shows have been just added to the tour:

For a complete list of tour dates, visit donmclean.com!