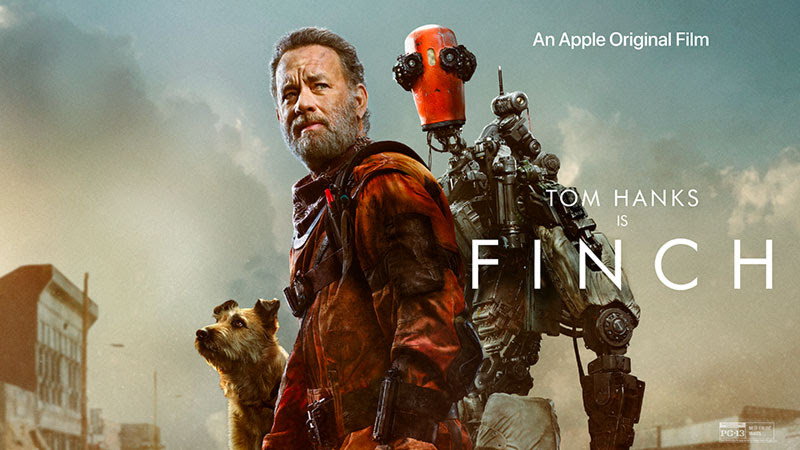 Los Angeles, Calif. – Don McLean’s beloved hit “American Pie,” makes its way into the new AppleTV+ sci-fi movie Finch starring Tony and Golden Globe Award winner Tom Hanks. Hanks plays “Finch Weinberg,” a robotics engineer who builds an AI sidekick to take care of his companion canine after he’s gone. Finch’s relatable and vulnerable side is revealed as he sings “American Pie” to himself when he is lonely and while making his way through a dust storm that might lead to his death. The song holds a tight grip on viewers as an emotionally commanding theme song heard at both the beginning and end of the film.

“Hollywood has been very good to me this year! I recently received a star on the Hollywood Walk of Fame and now the great music supervisors, based in Hollywood, have chosen my song American Pie to be in this movie,” says award-winning singer-songwriter Don McLean. “American Pie is one of those timeless classics that has so many meanings. I just love how multiple generations of music lovers are learning about the song.”

The placement of “American Pie” in Finch has accumulated plenty of attention, proving just how important a film’s soundtrack has on the theatrical appeal of a performance. Mentioned in Rollingstone.com, Chicago.SunTimes.com, News.Yahoo.com, Hollywoodreporter.com, Patriotledger.com, Indiewire.com, Rogersmovienation.com, CNET.com, Mashable, WSJ, and more, the bookend scenes which McLean’s “American Pie” is featured in, capture the attention of the audience for dramatic yet sentimental moments.

About Don McLean:
Don McLean is a Grammy award honoree, a Songwriter Hall of Fame member, a BBC Lifetime Achievement Award recipient, and his smash hit “American Pie” resides in the Library of Congress National Recording Registry and was named by the Recording Industry of America (RIAA) a top 5 song of the 20th Century. A New York native, Don McLean is one of the most revered and respected songwriters in American history. After paying his dues in the New York club scene in the late ‘60s, he went on to score mega-hits like “Vincent (Starry, Starry Night),” “Castles in the Air” and many more. His catalog of songs has been recorded by Madonna, Garth Brooks, Josh Groban, Drake, “Weird Al” Yankovic, and countless others. In 2015, McLean’s handwritten manuscript of the lyrics to “American Pie” was auctioned by Christies, selling for just over $1.2 Million. 2019 honored Don with a star on the Las Vegas Walkway of Stars and his song “And I Love You So” was the theme for Prince Harry and Megan Markle’s wedding. 2020 brought Don a new recording contract with Time Life which he released a catalog of recordings as well as a new album Still Playin’ Favorites. Now, in 2021 “American Pie” appears in the Avengers’ Black Widow and the new Tom Hanks movie Finch. Don received a star on the Hollywood Walk of Fame, a children’s book has been written, and much more! And when you think things are slowing down, not so for Don McLean!
# # #
Suggested post:
The @DonMcLean hit #AmericanPie featured in new @AppleTVPlus movie #Finch starring @TomHanks