An Interview with Don McLean 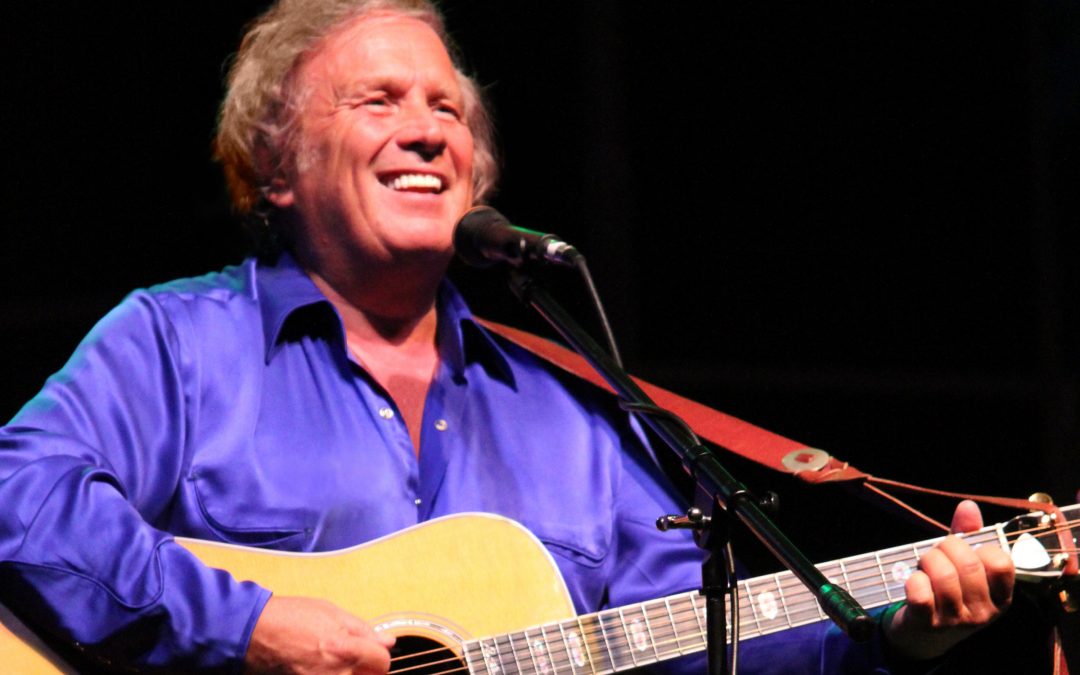 Don McLean is a national treasure who has garnered more than 40 gold and platinum records worldwide. A Songwriters’ Hall of Fame inductee, McLean is best known for his 1971 mega-hit “American Pie” — named one of the top five songs of the 20th century by the Recording Industry Association of America and inducted into the Grammy Hall of Fame. Additionally, the original working manuscript for “American Pie” sold for $1,205,000 through Christie’s auction house in 2015. I spoke via telephone with the maverick tunesmith about his formative influences, some early songs, and his most recent album, in advance of his upcoming Libbey Bowl concert.

How did Frank Sinatra, the Weavers, and Buddy Holly all influence you?  Well … one is a great practitioner of popular music, the other is the greatest folk group that ever was, and the other is probably one of the greatest rock ’n’ roll singers and songwriters. I have a large repertoire and knowledge of popular music — show tunes, all kinds of stuff. And I’m well into folk music and early rock ’n’ roll. To me The Everly Brothers and Buddy Holly and Little Richard and Elvis Presley — they are rock ’n’ roll. But my songwriting really draws from those three areas of music.

I really love “Magdalene Lane,” your homage to the passing of Judy Garland, the death of old-school Hollywood, and America in tumult circa 1969. Can you tell me about its origin?  I was an East Coast guy … going out to California for the first time … playing at the Troubadour … and I wrote that song [because of] the MGM auction. Metro-Goldwyn-Mayer — the Harvard of movie studios — went out of business. All the others — Paramount, Columbia — they were way underneath. If you were a star at MGM, you were Clark Gable or Myrna Loy or William Powell. This is class! They made great movies; they were a great studio that had great people! So, after going to the auction, I wrote the song. It was in a style that, later, “American Pie” was written somewhat like that.

Would you consider “Magdalene Lane” the older sibling-song to “American Pie?”  I started trying to write, not a roman à clef by any means, but just sprinkling around notions — and “American Pie,” “Prime Time,” “Headroom” are other examples — of trying to capture the insanity of America. One of the things about Donald Trump is he is a clear embodiment of that insanity. Whereas Nixon and LBJ were all hidden behind a press shield. So, they were crookeder by far than Donald Trump, but they were always presented as being “normal.” But the truth has come out — these people were not right in the head. The government tipped its hand when Kennedy was assassinated, and we realized that the president is not running the country. The president enacts the plan of other people who want certain things to happen. And he has certain parameters. And [LBJ and Nixon] weren’t running the country either; they were prosecuting these wars because they were told to. And it’s still the same today — with wars in Afghanistan and Iraq and all that stuff. I’m not a political person in the sense that I’m a believer in any politician — I don’t trust any of them. But I am a believer in America and very interested in America, and so I tried to capture that insanity.

How did you come to write “Vincent,” your paean to Van Gogh?  “Vincent” is a song I wrote after I read a book about [Vincent van Gogh] … and had the realization that the painting “The Starry Night” was actually him! So, all I had to do was infuse him into the painting and write what I saw. I made him the painting — the swirling, the colors … and then the melody came to me, almost like an emotional expression.

What can you tell me about your latest album, Botanical Garden?  Well I’m very proud of a lot of songs on there, and the way they sound and the way it all fits together like an elegy to my coming death — and my yearning for youth, romance, childhood. My love of life, in a song like “When July Comes” … the idea of never seeing these things again. I wanted to get really into it. I guess death has always been part of whatever I’ve done — but this doesn’t really mention in it; it’s just more of a palpable yearning for things I can’t have. I can talk about it and do things in the album that will maybe be good for other songwriters and other people. I have always wanted to do good for people … to help them get through the things in their lives they have to get through … I have been very lucky — and followed my instinct.