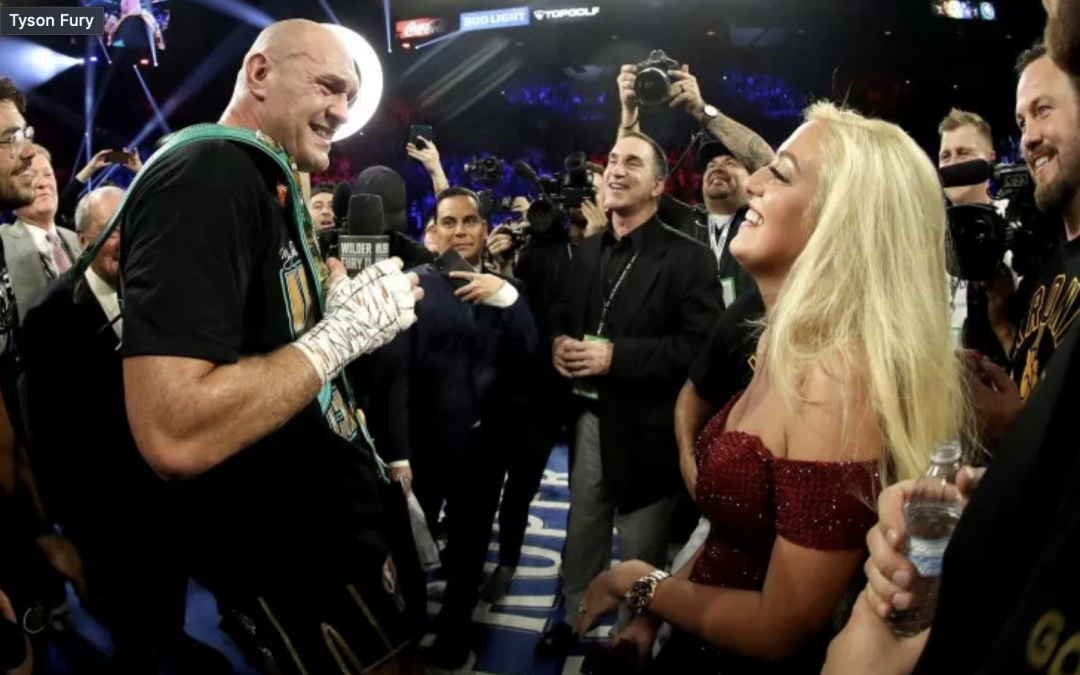 Tyson Fury may be one of the great boxers of the modern era, but he is also a showman. When it comes to putting on a show, few places are more suited to the role than Las Vegas. Few men revel in the role more than the Gypsy King. Singing in front of nearly 16,000 attendees at the MGM Grand Garden Arena may send shivers down even the most confident of amateur singers, but Fury had no such qualms.

After all, he had just ended one of the world’s most powerful puncher’s reign as the undefeated heavyweight champion of the world.

Fury sang for approximately two minutes—the album version comes in at 8 minutes and 33 seconds—urging fans to join in for the chorus and proving he’s a natural entertainer, before ending with, “Thank you, Las Vegas.”

The Briton’s rendition clearly left a lasting impression on viewers and quickly went viral, with the song’s title rocketing up Twitter trends.

‼️ WHAT A NIGHT

🏆 WBC Heavyweight Champion Of The World

Having dismantled Deontay Wilder in seven rounds to claim the WBC heavyweight title in Las Vegas on Saturday night, the Gypsy King swapped boxing gloves for a microphone as he launched into a rendition of Don McLean’s American Pie.

The single was the number-one US hit for four weeks in 1972 and the song was a worldwide success. The Recording Industry Association of America listed it as the No. 5 song in its Songs of the Century list at the end of the 20th century.

American Pie has become a staple of Fury’s post-fight performances. When the Gypsy King first fought Wilder in December 2018, he sang a rendition of the tune during the post-bout press conference, asking bemused reporters in attendance to sing along.

The performance at the time had been all the more remarkable considering that barely an hour earlier Fury had been on the receiving end of a one-two combination that had left him seemingly unconscious as he hit the canvas in the 12th round.

The Briton, however, somehow beat the count to earn a split draw and a rematch.

On Saturday night it was Wilder who got knocked down as Fury floored him in the third round with a right hander to the temple and then again in the fifth round with a powerful body shot.

With the Alabama native unsteady on his legs and bleeding from his left ear, Fury methodically picked him apart in the sixth round, before Wilder’s camp threw in the towel with 1:56 gone in the seventh round.

“I hit him with a clean right that dropped him and he got back up,” Fury said after the fight. “He is a warrior. He will be back. He will be champion again.”