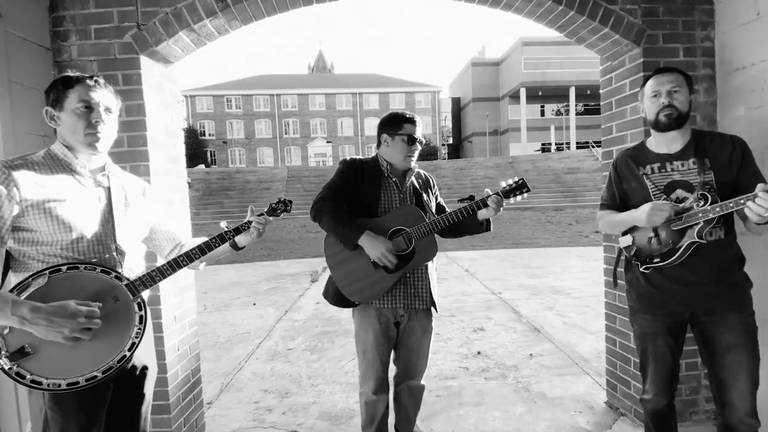 The day South Carolina restaurants and bars closed their doors was, indeed, the day the music died for many musicians who play out their craft on small stages in towns and cities across the state.

Every Friday night, music would take over Montague’s Restaurant in downtown Greenwood, a small city of around 24,000 residents, about 80 miles west of the capital.

“The scene that so many people have worked so hard in Greenwood to grow and foster — we feel like we’re on par with bigger cities around us,” Montague’s co-owner TJ Jenks said. “We closed. And we know how much we paid the musicians. And we realized their source of income was all gone.”

The fast-spreading coronavirus, which so far has caused nearly 300 deaths in South Carolina, prompted S.C. Gov. Henry McMaster to shut down all indoor service for restaurants and bars across the state in mid-March, as well as to close all entertainment venues. While some restaurants have resumed outdoor dining service this week, many remain closed, and crowd sizes will remain limited for quite some time.

Spurred by the sudden loss of business for local artists and dear friends, Jenks and a team of musicians and producers quickly rallied to create a music video that so far has raised thousands of dollars for out-of-work bands and singers.

The song of choice, “American Pie” by Don McLean, is an American classic, written and made famous in an era of particular social tumult, the early 1970s. Five decades later, the soul of the song feels newly relevant to today’s circumstances.

This period in America “is having a psychological effect on people,” McLean told The State. “Being home, as well as not knowing what the future is going to hold. So in a way, this is the perfect environment for this song to be reborn.”

“It’s kind of a serious song. It’s kind of a sad song, too,” said David Holloway, a Greenwood native and local videographer who helped kickstart and produce the project. “I think it kind of reflects, too, where we are today. … It was written about the turmoil of that time politically, culturally. We’re having a lot of the same stuff.”

There was one line in the song that was most striking to Jenks: “I knew if I had my chance that I could make those people dance.”

When the team reached out to McLean’s publicity team for the artist’s blessing, they received his full support. And that gave them all the motivation in the world to produce the song and video.

“I think it was a smart idea to come up with something like that in order to draw attention to the fact the musicians down there in South Carolina are hurting and need a little help,” McLean said. “I was more than happy to help them out with this.”

Thirty-one individual artists and bands came together on the track, including the mayor of Greenwood, Brandon Smith, and his children.

“It’s pulled everybody closer together, because we don’t know what to do with ourselves right now,” said singer Rachel Davis, who works for a health care nonprofit by day. “We’re all social creatures. We like to go out and play music for people, and we like to use our talents to make other people happy.”

The nearly nine-minute music video features clips of each artist singing a part of the song, recorded individually at sound studios in Greenwood and also filmed individually, often in the artists’ homes or yards.

“That’s what makes it special, because you can relate to it,” Holloway said. “You see these people at home. They’re not on a stage. It’s what we’re all going through. … It’s reassuring, in a way.”

The video was published online April 25 and shared on the Facebook page for Until Further Notice, a group formed to support local artists during the extended coronavirus shutdown, with nightly livestreamed performances and a virtual tip jar.

The next day, McLean shared the music video with his more than 300,000 Facebook followers.

In little time, the video was drawing viewers from as far away as England, Holloway said

“TJ’s always had faith. He’s like, ‘Dude, you don’t realize how big this is going to be. I know it’s going to go viral,’” Holloway said. “I was like, ‘Yeah, whatever.’ Of course, you hope it does.”

In just over a week, the video has racked up more than 160,000 online views and has garnered some $7,500 in sponsorships and donations for the musicians and production team, Jenks said.

“As a musician, I think we put things out there, and we hope to get a positive response. But you can’t set your expectations super high,” she said. “But we’ve all been absolutely blown away by the positive response to it and the amount of people it’s reached.”

Jenks said he hopes the reach of the song just grows and grows, for the benefit of the artists and the pride of Greenwood.

“The coolest thing about all this, to me, is watching all these people that the only way you would’ve been exposed to them (before) is if you went out to a bar,” Jenks said. “My biggest hope is that one or multiple people that were involved in this video would get discovered in some kind of way.

“That would make the whole town so proud.”

Donations for the Greenwood musicians are being collected through a direct Paypal link for the Uptown Greenwood Development Corporation, a nonprofit. All donations are tax-deductible and will go directly to the artists and producers of the “American Pie” video. You can donate by going online to paypal.me/teamgreenwood.