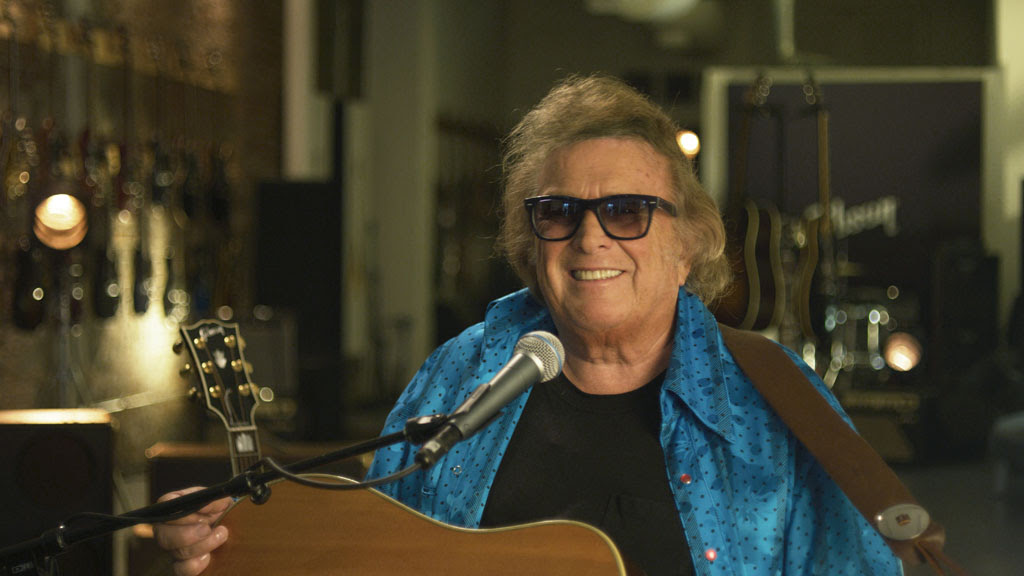 In this first-look clip, McLean reflects on the goals behind his songwriting, before performing an acoustic rendition of “American Pie.”

MIXTAPE airs Thursdays at 8:30pm ET / 5:30pm PT on AXS TV. The eight-episode season puts the spotlight on a different rock icon each week as they sit down to discuss their favorite songs of all time—sharing their own personal mixtape playlist of meaningful music that shaped their lives and left an enduring impact on their legendary careers.

About AXS TV:
Launched in 2012 by visionary entrepreneur CEO Mark Cuban in conjunction with AEG, Ryan Seacrest Media, Creative Artists Agency (CAA), and CBS, AXS TV has established itself as the premier destination for music and entertainment programming. The network delivers an eclectic programming roster that includes original series such as The Big Interview With Dan Rather, Rock & Roll Road Trip With Sammy Hagar, and Real Money, as well as hard-hitting mixed martial arts events, and a slate of acclaimed documentaries and iconic concerts from some of music’s most influential artists. AXS TV is also the U.S. home of the popular New Japan Pro Wrestling and WOW-Women Of Wrestling promotions and Legacy Fighting Alliance (LFA). AXS TV is currently available nationally in the United States and parts of Canada, Mexico, and the Caribbean. For a list of providers, visit axs.tv/subscribe. For more information, see www.axs.tv. Follow AXS TV on Facebook,Twitter @axstv; Instagram; and YouTube. Press information is available at axstvmediacenter.com.