DON McLEAN’S AMERICAN PIE: A FABLE IS OFFICIALLY IN STORES 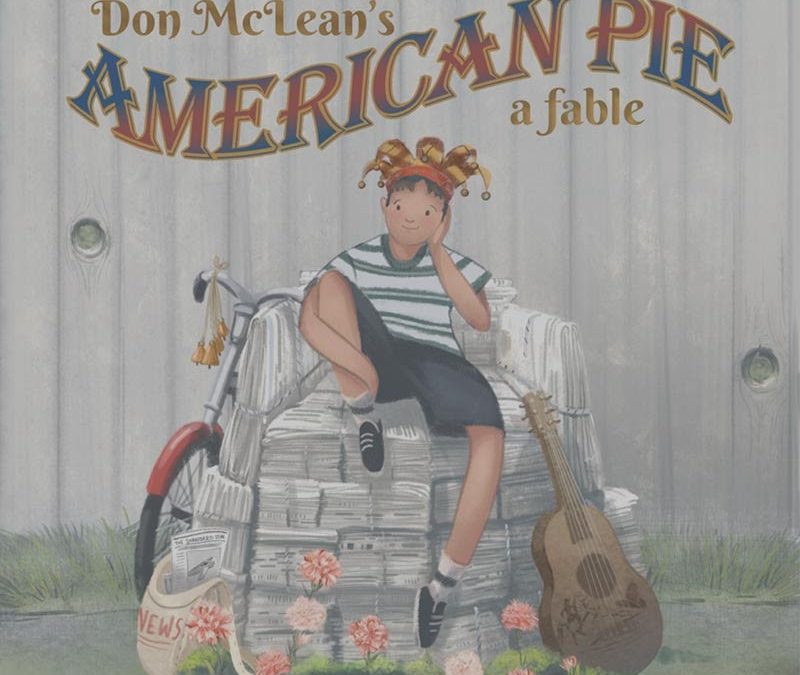 Available at:
Amazon | Barnes & Noble | Books-A-Million | Goodreads
and many more!

CHICAGO, ILL. – ‘Don McLean’s American Pie: A Fable’ is the story of a newspaper delivery boy in the late 1950s who discovers the joy of friendship and music, eventually learning that when you recognize what makes you happy, you are never truly alone.

Commemorating the fiftieth anniversary of one of the top songs of the twentieth century, ‘Don McLean’s American Pie: A Fable’ weaves themes from the iconic song with experiences from McLean’s early life and, like the musical hit that inspired it, offers meaningful elements open to interpretation in a lushly illustrated tale.

“As ‘American Pie’ celebrates 50 years, I’m very happy to have a children’s book based on the premise of the song,” McLean said. “Everyone has a different interpretation of it. Releasing this fable brings another perspective to the lyrics, along with some backstory for when I wrote it. I hope every child gets to imagine in their own mind what ‘American Pie’ means to them and know that dreams can become reality.”

Released in 1971, “American Pie” was named one of the top five songs of the century by the National Endowment for the Arts and the Recording Industry Association of America, and the original recording was selected for preservation in the National Recording Registry by the Library of Congress as being “culturally, historically or artistically significant.” The song is also the subject of an upcoming documentary.

“At its heart, Don McLean’s iconic song was about real events that impacted a generation, and our book is similar in spirit,” said Richard T. Williams, Vice President, Business Development, Publishing & Licensing for IPG. “It doesn’t tell the literal story of The Day the Music Died, but it hints at how a young boy may have found inspiration from it, resulting in a lifetime of music and artistry—just as Don may have.”

He added that by pairing an emotionally resonant story with elaborate and whimsical illustrations, the publishing team hoped to inspire children to find their inner creative voices.

For a media review copy of Don McLean’s American Pie: A Fable, contact: