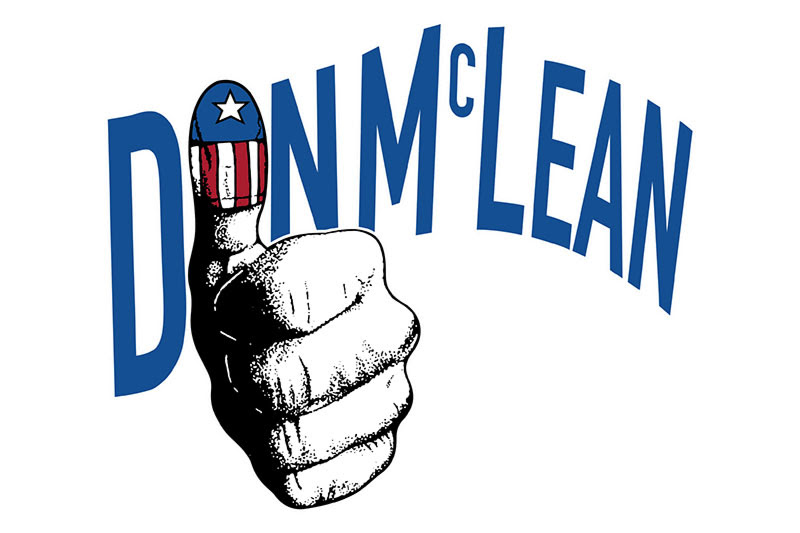 Los Angeles, Calif. – To celebrate the 10th anniversary of National Day of Honor, acclaimed singer/songwriter Don McLean, who is celebrating the 50th anniversary of American Pie – the single and album – has launched the “HONOR A VET” program through his website donmclean.com. The program will allow fans across the United States to purchase two tickets to McLean’s 50th anniversary American Pie tour for $100, which will be provided to veterans and their caretaker/spouse in various markets of the tour.

“Not every veteran can afford to attend our shows as they are on fixed incomes,” says McLean. “These men and women have sacrificed dearly and had to do things I never had to do to allow me to get on stage and bring my music to people all over the world. If I can help these veterans leave some stress at home for 75 or 90 minutes and just have a good time, then I feel I am making a difference.”

Each participating venue will process the orders that arrive at donmclean.com and the tickets will be provided to various veteran organizations in the local market. The program will launch on March 18th and conclude on April 24th.

About Don McLean:
Don McLean is a Grammy award honoree, a Songwriter Hall of Fame member, a BBC Lifetime Achievement Award recipient, and his smash hit “American Pie” resides in the Library of Congress National Recording Registry and was named a top 5 song of the 20th Century by the Recording Industry of America (RIAA). A New York native, Don McLean is one of the most revered and respected songwriters in American history. After paying his dues in the New York club scene in the late ‘60s, he went on to score mega-hits like “Vincent (Starry, Starry Night),” “Castles in the Air” and many more. His catalog of songs has been recorded by Madonna, Garth Brooks, Josh Groban, Drake, “Weird Al” Yankovic, and countless others. In 2015, McLean’s handwritten manuscript of the lyrics to “American Pie” was auctioned by Christies, selling for just over $1.2 Million. 2019 honored Don with a star on the Las Vegas Walkway of Stars and his song “And I Love You So” was the theme for Prince Harry and Megan Markle’s wedding. Don landed a new recording contract with Time Life in 2020, with whom he released a catalog of recordings as well as a new album ‘Still Playin’ Favorites’. 2021 brought Don’s “American Pie” features in the Avengers’ Black Widow and the new Tom Hanks movie Finch. Don received a star on the Hollywood Walk of Fame, celebrated the 50th anniversary of “American Pie,” recorded a version of the song with a cappella group Home Free, a children’s book has been written, and much more! And when you think things are slowing down, not so for Don McLean!