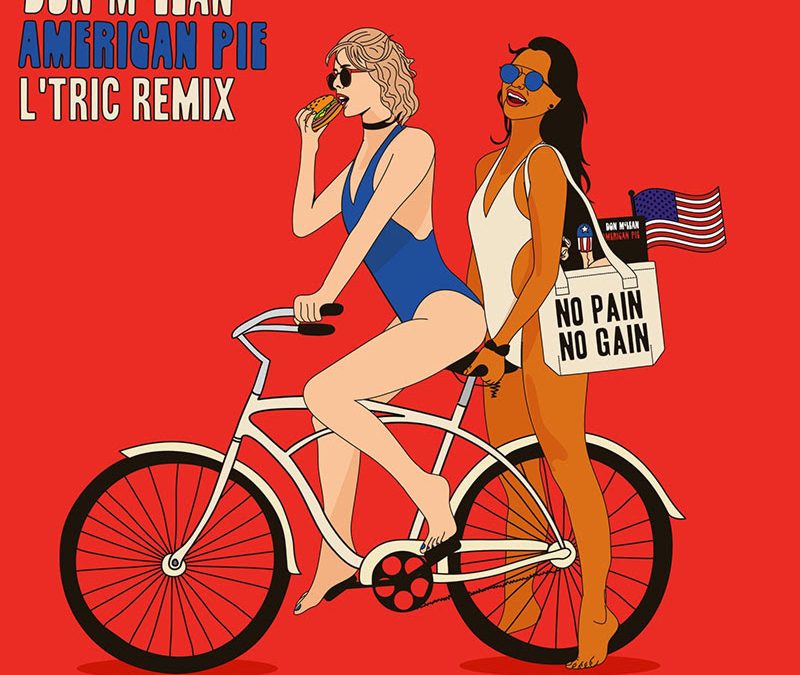 THE DAY THE MUSIC DIED: THE STORY OF DON MCLEAN’S “AMERICAN PIE” PREMIERES ON PARAMOUNT+ JULY 19

The Remix released by UMe/Capitol© adds another dimension to this classic. It layers McLean‘s instantly recognizable vocals above glossy percussive dancefloor-ready production. The immortal refrain rings out as powerfully and poignantly as ever over the pulsating beat and shimmering keys. Don McLean was personally involved in the making of the remix providing his input and notes.

The original “American Pie” remains enshrined as an American cultural touchstone. In 2017, the Library of Congress chose it for preservation in the National Recording Registry due to it standing out as “culturally, historically, or artistically significant.“ It reached triple-platinum status in the United States and went quintuple-platinum in Canada. Not to mention, it has eclipsed 1.6 billion streams and counting. Speaking to the breadth of its influence, it has inspired covers by everyone from Madonna to Garth Brooks and ‘Weird Al’ Yankovic—even heavyweight champion Tyson Fury. It notably adorned McLean‘s 1971 full-length album, American Pie.

Continuing the celebration of this landmark, the American Pie Children’s Book is also now available. Meanwhile, a brand-new documentary, THE DAY THE MUSIC DIED: THE STORY OF DON McLEAN’S “AMERICAN PIE,“ debuts on Paramount+ July 19.

In the latter, McLean will, for the first time, powerfully reveal and share the secrets behind his iconic song. In addition, the documentary highlights cultural moments in America’s history that are as relevant now as they were in 1971 when the song was released. The film tells stories of the people who were a part of this moment from the beginning and shows the point of view of a new generation of artists who are motivated by the same values and ideas that inspired the song’s creation.

To help bring the documentary to life, McLean enlisted music producer and songwriter Spencer Proffer, CEO of media production company Meteor 17. In a collaborative vision, Proffer and McLean tell the story of this special and unique song by using contemporary audio/visual storytelling techniques to artistically reimagine the music for a modern audience. THE DAY THE MUSIC DIED: THE STORY OF DON MCLEAN’S “AMERICAN PIE” is produced by Spencer Proffer and executive produced by Bruce Gilmer.

Be on the lookout for more as the summer of “American Pie” continues.

About Don McLean:
Don McLean is a Grammy award honoree, a Songwriter Hall of Fame member, and a BBC Lifetime Achievement Award recipient, his smash hit “American Pie” resides in the Library of Congress National Recording Registry and was named a top 5 song of the 20th Century by the Recording Industry of America (RIAA). A New York native, Don McLean is one of the most revered and respected songwriters in American history. After paying his dues in the New York club scene in the late ’60s, he went on to score mega-hits like “Vincent (Starry, Starry Night),” “Castles in the Air” and many more. His catalog of songs has been recorded by Madonna, Garth Brooks, Josh Groban, Drake, “Weird Al” Yankovic, and countless others. In 2015, McLean’s handwritten manuscript of the lyrics to “American Pie” was auctioned by Christies, selling for just over $1.2 Million. 2019 honored Don with a star on the Las Vegas Walkway of Stars and his song “And I Love You So” was the theme for Prince Harry and Megan Markle’s wedding. Don landed a new recording contract with Time Life in 2020, with whom he released a catalog of recordings as well as a new album Still Playin’ Favorites. 2021 brought Don’s “American Pie” features in the Avengers’ Black Widow and the new Tom Hanks movie Finch. Don received a star on the Hollywood Walk of Fame, celebrated the 50th anniversary of “American Pie,” recorded a version of the song with a cappella group Home Free, a children’s book has been written, and much more! And when you think things are slowing down, not so for Don McLean!