Catching up with Don McLean: Songwriters Hall of Famer 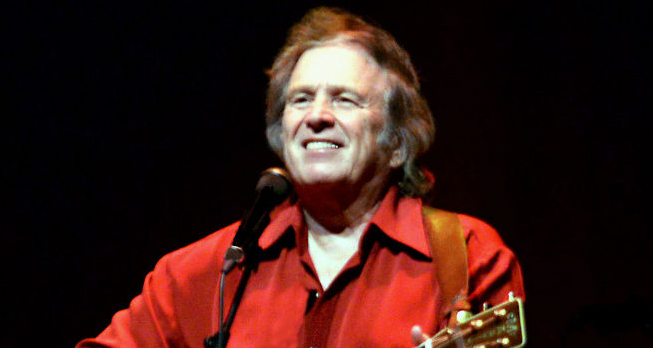 Veteran American singer-songwriter Don McLean chatted with Digital Journal about the 11 re-released albums which will be available on Friday, May 1 via Time Life, and the upcoming 50th anniversary of his seminal recording “American Pie.”

On his 11 re-released album that will be available on Friday, he said, “I signed a deal with Time Life, and they have put out a YouTube channel and they are also releasing these 11 albums, and they will be available on every streaming platform out there. These will be in addition to my 15 albums that are already available on streaming services, so that will be 26 albums and hundreds of tracks in total. In fall, the plan is to come out with a box-set of these 11 albums and it will include a new album called Still Playing Favorites, and it will have songs that I didn’t write but songs that I have been playing recently.

“In 2021, he will be celebrating the 50th-anniversary of his signature classic “American Pie.” “My God. The 50th-anniversary. Can you believe that?” he exclaimed. “I’ve been asked about that song relentlessly. I can’t believe so much time has passed. I can’t believe that I am as old as I am. I am 74 years old and I accomplished so much in the music world. All I wanted to do was to sing and write a tune or two. In my career, I have done 10,000 one-nighters all over the world, and my parents never left home.

“This past March, the Madonna rendition of “American Pie” turned 20 years old, which is a testament to McLean’s musicianship in that he wrote a song that will stand the test of time. “All my children are growing up. There is no doubt about that,” he said, with a laugh. “I sure liked what she did with that song. I will always say nice things about Madonna.

“McLean hopes to embark on a World Tour in 2021. “I hope I will be able to work this year as well. It seems like things are loosening a bit. I feel horrible for people that have lost their jobs: people that were doing well and had small businesses, rent, and mortgages to pay. This is a very tough time for millions of Americans who were doing fine a couple of months ago,” he said.

“For young and aspiring singer-songwriters, he said, “Get a good lawyer that you can trust, that is very smart and will tell you what it is you’re signing. The reason the record industry is so predatory is that you have young, enthusiastic people who want a career and success but they don’t read the contracts they sign. That’s the mistakes they make. They need to negotiate those contracts.

“He shared that he would love to do something someday with Ed Sheeran. “Ed Sheeran is a really nice guy. I did a little benefit with him, where we sang ‘Vincent’ together. Ed Sheeran is very easy to work with,” he said.

Regarding the key to longevity in the music business, he said, “Partly, it is important to not work too hard. If you work too hard, it is hard to have relationships, stay married, or raise children, if you’re out on the road all the time. You need to tour smart.

“On the title of the current chapter of his life, McLean said with a laugh, “Old and in the way.”

McLean defined the word success as “being able to do what I love to do for a living.”

For his fans, he concluded, “I am so glad that my songs have been good friends to them. A song on a record that you like is a great friend. I’m glad I can make music that has helped people through difficult times and music that has helped them celebrate in the good times. This music adds so much to our way of life.”